The COVID-19 pandemic outbreak has triggered a decline in the GDP of Germany in 2020-Q1, relative to 2019-Q4 and 2019-Q1, which is driven by a decline in consumption and exports.

Although the decline in Germany has been smaller than in other major European countries, automotive manufacturing has been badly hit and has been facing weak and uncertain demand.

Prices are stable relative to the previous quarter, but are higher than in the same quarter of the previous year due to the positive economic performance in 2019. 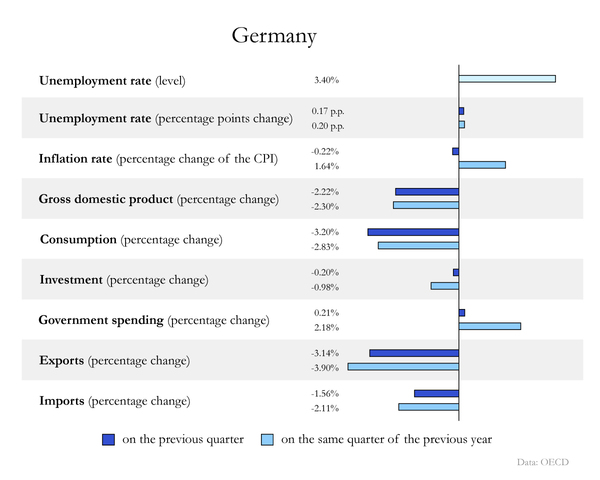