As national restrictions to fight the COVID-19 pandemic crisis were progressively lifted in 2021, Germany experienced positive economic growth throughout most of the year, with the exception of the last quarter: in 2021-Q4, the German GDP declined by 0.35 percent relative to 2021-Q3 (where it grew by almost 1.7 percent), but it was still 1.78 percent relative to the same period of the previous year. The national unemployment rate declined slightly to 3.20 percent, while inflation was low relative to the previous quarter, but high compared to 2020-Q4, as prices increased by 5 percent year-to-year. According to the OECD economic outlook, GDP is expected to grow at an annual growth rate of about 4.0 percent in 2023. Unemployment will gradually decline, reaching almost 3.0 percent, and inflation will stabilize at around 2.0 percent towards the end of 2022. 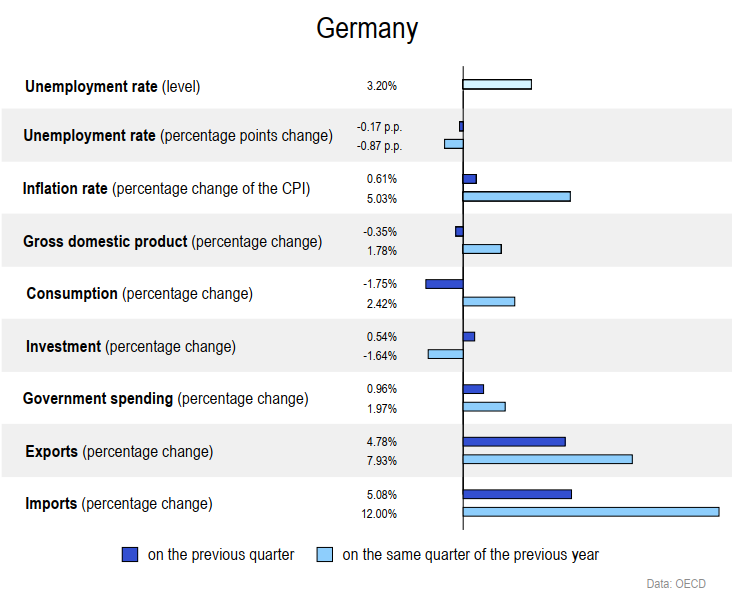