Switzerland started the year with little economic growth relative to the previous quarter, due to stagnant consumption levels and a contraction of private investments. GDP, however, is significantly higher than in the same quarter of the previous year, when COVID was still holding back economic activity. Since then, consumption levels have spiked and international trade has risen again. The economic recovery, production bottlenecks of Chinese manufacturing firms that were forced to stop during the pandemic, soaring energy prices, and uncertainties related to the Russian invasion of Ukraine, have contributed to increasing inflation rates. Compared to other countries, the price increase in Switzerland has been relatively modest, at 0.75 percent relative to the previous quarter and at 2.06 percent relative to the previous year. The OECD economic outlook expects modest annual inflation in Switzerland, with prices increasing by less than 1.5 percent for the rest of the year and towards 2023. GDP is expected to grow at an annual rate of about 3 percent in 2022, and to slow down to 3 percent in 2023, while unemployment is expected to decrease slightly, but steadily, towards 2023. 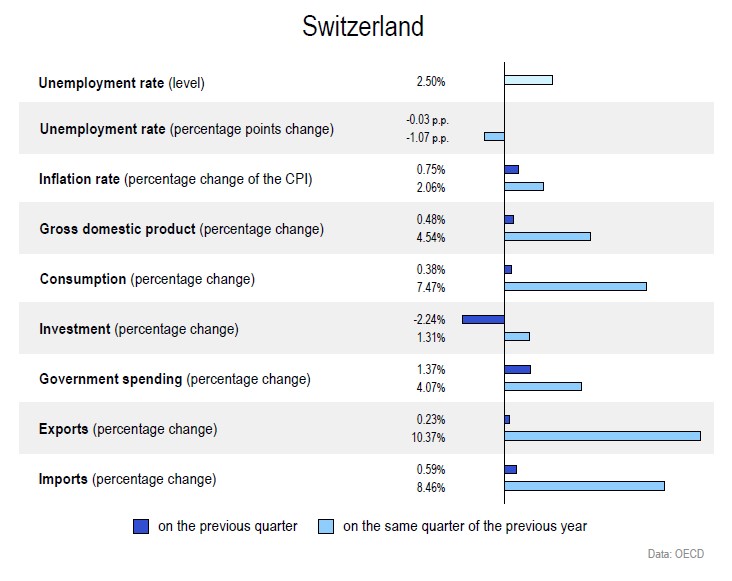