In 2020-Q4, the second wave of the COVID-19 pandemic has decreased the GDP of Italy both relative to the previous quarter and to the same quarter of the previous year. This drop is caused by a sharp decline in private consumption, cushioned by an increase in government spending and exports, relative to the third quarter of the year. The OECD predicts a strong rebound in GDP growth in 2021, reaching annual rates of more than 4% starting from the second half of the year. The unemployment rate decreased by half a percentage point to 9.1%. In 2021, however, the OECD predicts unemployment to increase up to 11%, when government-financed short-time work arrangements will likely be scaled down. A gradual decline will follow, as economic activity transits towards normality. Prices are relatively stable. 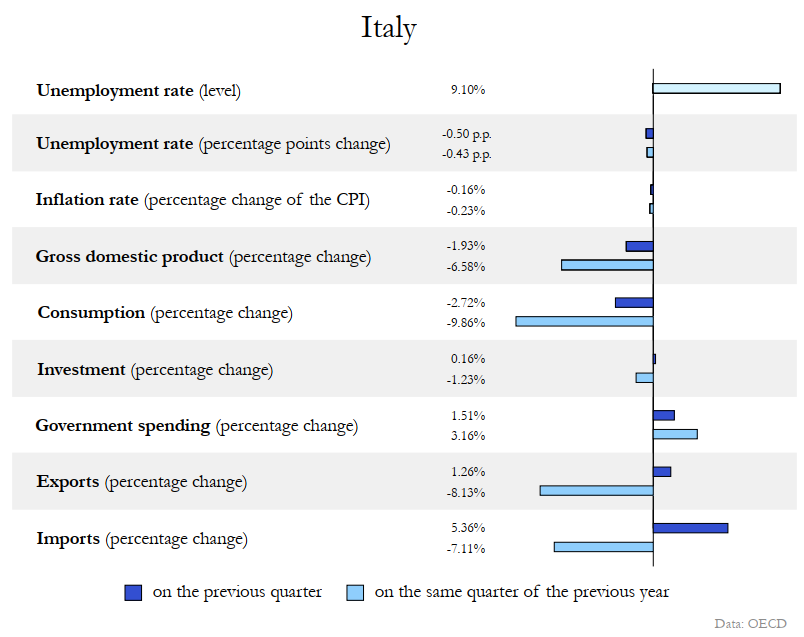