China started the year with modest, yet non-negligible, economic growth, with GDP growing by 1.3 percent relative to the previous quarter and 4.8 percent relative to the previous year. Unemployment has increased by half a percentage point, and is at similar levels as it was during the same period of the previous year. Inflation levels are modest, suggesting that the country has been affected less by soaring energy prices and by the economic uncertainties related to the Russian invasion of Ukraine which have contributed to significant price increases in Western countries. 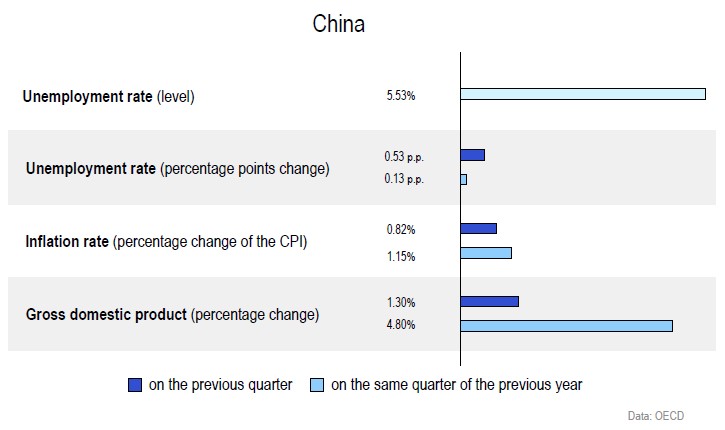