During the second wave of the COVID-19 pandemic, GDP in the Euro Area has decreased, on average, by 0.65% relative to 2020-Q3 and by 4.92% relative to 2019-Q4. European Union countries experienced a sharp decline in private consumption, counteracted by an increase in investments, government spending and exports. Except for government spending, all GDP components are significantly lower than their pre-crisis levels. The OECD predicts the average GDP in the Euro Area to grow at an annual rate of 4% to 5% from 2021, as economic activity transits towards normality. According to the OECD economic outlook, the average unemployment rate of 8.2% is expected to grow up to 9.6% in the first half of 2021 and then to decline gradually. Prices are stable with an inflation rate close to 0%. 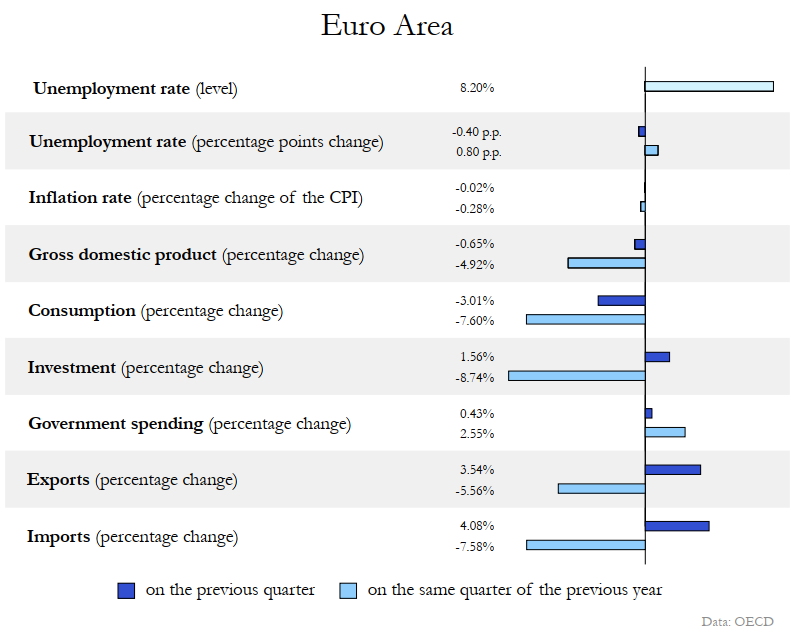