The second wave of the COVID-19 pandemic has not influenced significantly the GDP of Switzerland in 2020-Q4 relative to the previous quarter, which, however, is 1.67% lower than in 2019-Q4. The country experienced a decline in private consumption and exports which is counteracted by an increase in government spending, likely reflecting the impact of the measures implemented to alleviate the negative effect of the crisis. The OECD predicts a strong rebound in the year to come and expects annual growth rates of up to 4% from the second quarter of 2021. The impact of the pandemic on the Swiss labour market is limited. The unemployment rate is equal to 5.11% (1 percentage point higher than in the same quarter of the previous year) and, according to the OECD economic outlook, it is expected to decrease by half a percentage point until the end of 2022. Prices are relatively stable with both current inflation and inflation expectations being low due to low oil prices, weak growth prospects and a strong Swiss franc. 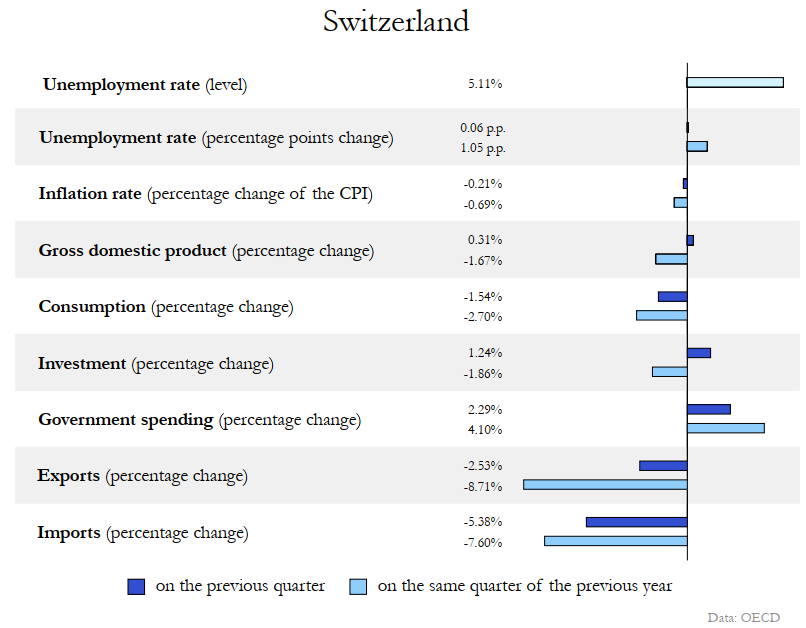