In the second quarter of 2022, Italy experienced modest economic growth relative to the previous quarter. Consumption levels increased by 2.60 percent, investments increased by 1.70 percent, and exports increased by 2.52 percent. Only government spending has been cut back by 1.11 percent. GDP is 4.72 percent higher than in the same quarter of 2021, when COVID was still holding back of part of the economic activity in the country. The economic recovery, the production bottlenecks of the Chinese manufacturing firms that were forced to stop during the pandemic, and the uncertainty generated by the Russian invasion of Ukraine have contributed to increasing inflation rates, 1.83 relative to the previous quarter and 6.91 relative to the previous year. Unemployment decreased by almost half a percentage point to 8.07 percent. The OECD economic outlook expects annual inflation to decrease to 4 percent in 2023. GDP is expected to grow at an annual rate of 4 percent, while unemployment is expected to increase to 9 percent in the coming quarters and to slightly decline in 2023. 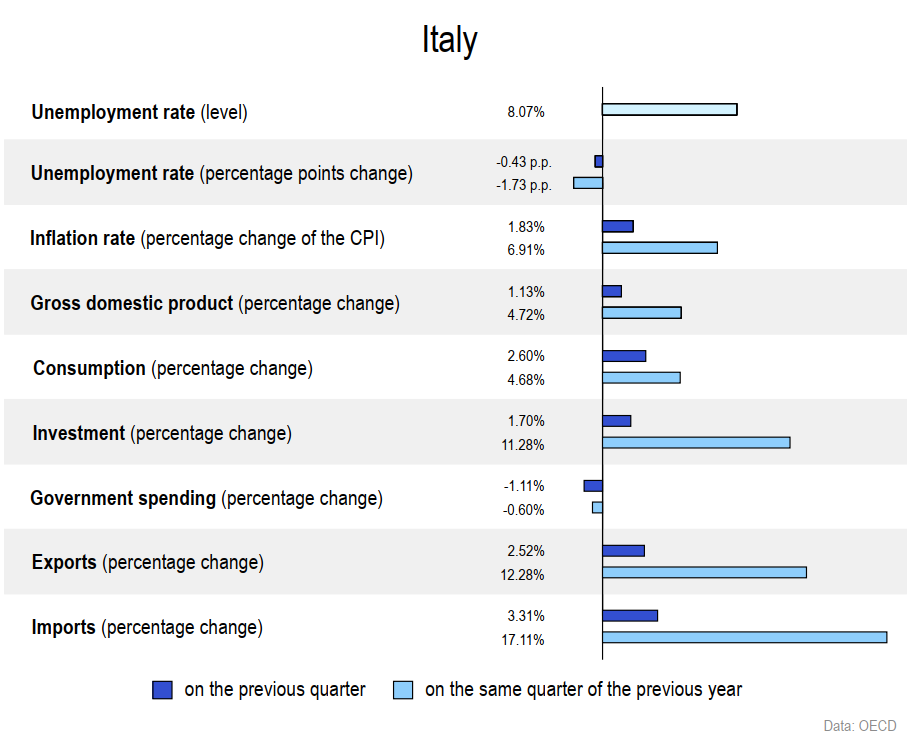