swissness since 1913
CASTROL ON MARS

YOU CAN CHOOSE CASTROL FOR YOUR VEHICLE HERE ON EARTH.

Castrol products have been lubricating cars and engines on Earth for decades. A lesser-known fact is that they have also greased the mechanisms on NASA space projects since the 1960s.

Weaker gravity, temperature extremes, and humans' inability to simply ‘go fix’ a faulty part all make Mars a hostile environment for a lubricant, to say the least. Each Castrol product has to suit the application, the environment, and the task's duration in question. And for NASA missions, Castrol’s products have to be especially hardy.

Castrol has been used on previous Mars missions. In fact, one rover – Mars Opportunity – is still roaming the planet after 14 years. It was only designed for a mission lasting 90 days but it has now traveled further than any other manmade object on a surface besides Earth.

Whenever metal parts rub against one another, they create wear – and that can cause components to degrade and eventually stop working altogether. The remoteness of Mars means durability is key when it comes to selecting a lubricant for a mission.

The wild temperature swings on Mars also pose complications; Castrol’s lubricants need to operate at extremes. Crucially, the lubricants need to limit ‘outgassing’ – or giving off vapors – as temperatures change. Vapors can result in the loss of all the oil in the lubricant which means reduced performance, and condensation forming on nearby surfaces resulting in the possible contamination of sensitive instruments or the surrounding environment.

Castrol Braycote is playing a critical role in NASA’s mission to Mars, providing lubrication to instrument and robot mechanisms on its “Perseverance” rover.

When it’s a mission to Mars, you don’t get a second chance. Any technical failures can result in an aborted mission. Castrol Brayco and Braycote greases were chosen because they can provide excellent lubrication for scientific instruments. Besides being able to operate in extreme temperatures, they have been formulated to reduce what is known as “outgassing” (the evaporation of the grease), which will help the instruments to work at optimum levels.

On 18 February 2021, after a seven-month journey from Cape Canaveral Air Force Base, Florida, NASA’s Mars 2020 “Perseverance” rover successfully landed at Jezero Crater on the Red Planet. It has traveled a huge distance, yet its journey is just beginning.

The rover is scheduled to work for at least one Mars year (about 687 Earth days), searching for signs of ancient microbial life, characterizing the planet’s geology and climate, collecting carefully selected and documented rock and sediment samples for a possible return to Earth, and paving the way for human exploration beyond the Moon.

With a pioneering spirit and innovative technologies, Castrol lubricants keep pushing the boundaries and empowering the development of human science. 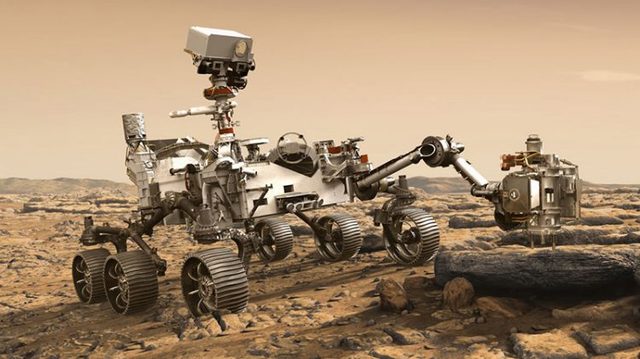 Main Job: Seek signs of ancient life and collect samples of rock and regolith (broken rock and soil) for possible return to Earth.

Tech Demo: The Mars Helicopter is a technology demonstration, hitching a ride on the Perseverance rover. 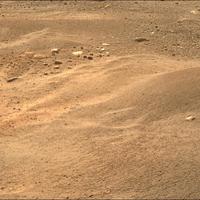 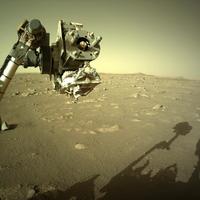 ECSA Maintenance is so proud to be Castrol Ambassador